The concept of personality refers to a person's enduring, reliable traits. Depending on the quality of the personality model used, it is possible to predict a person’s future behavior up to a certain extent. There is a considerable body of evidence on how personality traits influence life outcomes (Roberts et al., 2007).

Remember recent discussions about how social networks create personality profiles based on user interaction? This is exactly one - albeit frightening - application of how personality is used nowadays in decision-making processes. In a similar way, IT companies specialized in selection and assessment tools have started to integrate personality assessments into their software.

For you as a professional, knowing your own personality traits and the underlying personality models comes along with a set of benefits, which we will explore in more detail later in this article. First, let us have a look how personality can be measured.

Personality can be measured

When you search the internet for personality tests you will find hundreds of them, some of them are even free of charge. Why not simply take such a test to get to know your own personality traits?

Most personality tests in the web are scrap

Unfortunately, most of those personality tests will not really do what they promise to do. Let’s get more specific. A good personality test must meet at least the following quality criteria to be useful:

You can imagine that it takes a considerable amount of time and hard work to determine whether a personality test meets these criteria. You can also be sure that almost all tests that were not developed with these criteria in mind are more a waste of time rather than a serious tool for your professional development.

Check the technical documentation of the personality test

The easiest way to find out whether a test is of high quality or not is to check the reliability and validity properties of the test. All serious test providers publish them as part of the personality test’s technical documentation. If you cannot find them in the test documentation and even cannot receive them after you contacted the test provider, the test is most probably not worth it.

PRO TIP: Cronbach’s Alpha
An easy to apply quality indicators for psychometric tests is the Cronbach’s Alpha value (Cortina, 1993). It measures the internal consistency of test and gives you an indication about whether the test measures something with a high degree of precision. There is a rule of thumb that says that Cronbach’s Alpha should be at least 0.7 for a test in order to be reliable. Please keep in mind that there is more than only Cronbach’s Alpha that determines the quality of a personality test. However, Cronbach’s Alpha is a good start. If you are interested in learning more about the reliability and validity of psychometric tests, you should read our CQ Dossier on understanding  and evaluating science: How to evaluate the research quality of scientific studies?

Amidst the countless personality tests available, the NEO PI-R (Costa and McCrae, 2008) is a good choice as it has good psychometric properties and provides results with a high practical value. The NEO PI-R is based on the Five Factor model of personality (also called Big 5). The abbreviation "NEO PI-R" stands for three of the five personality dimensions covered by the Five Factor Model (Costa and McCrae, 1992): Neuroticism Extraversion and Openness Personality Inventory. The “R” refers to a revised version of the test with a set of optimizations and enhancements compared to the initial NEO PI version. 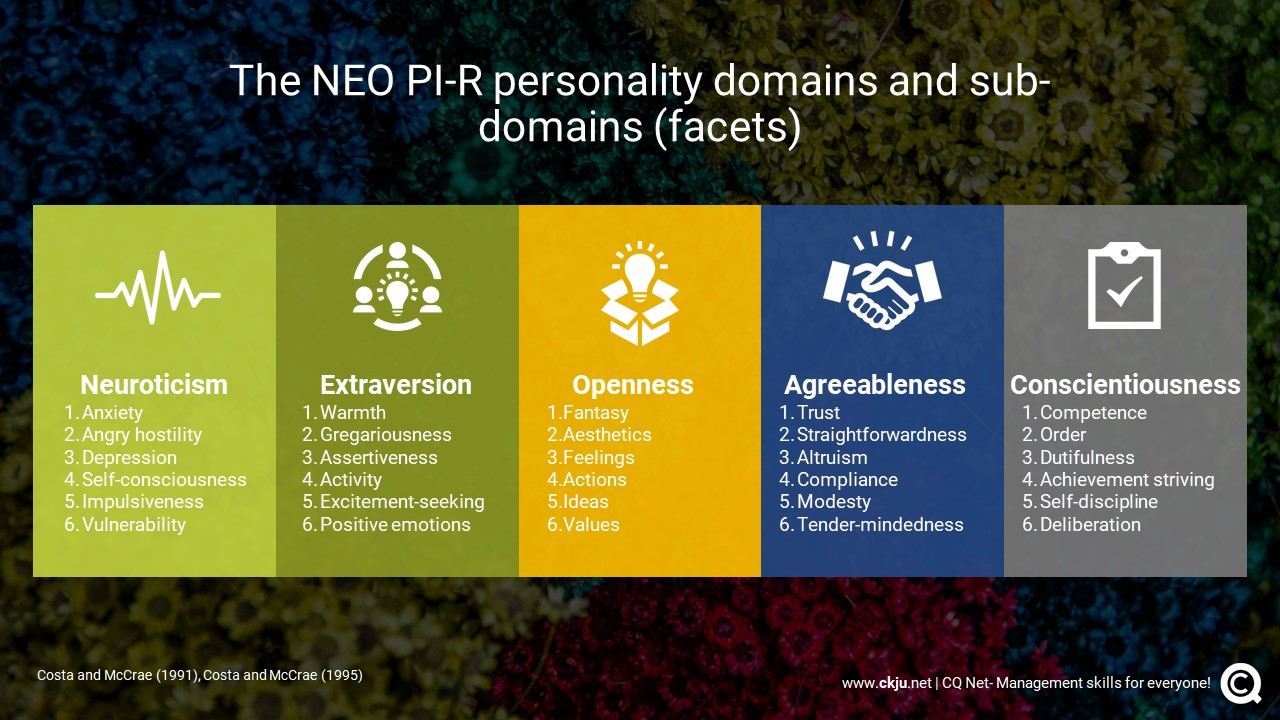 Are you interested in learning more about the big five personality model? Then you should have a look at our blog post Utilizing the science of personality in Evidence-Based Management.

The NEO PI-R meets the most important quality criteria

Earlier in the article we had a look at the quality criteria a personality test must meet in order to be useful. A look in the NEO PI-R documentation reveals that the test authors spent a considerable amount of time and energy to make sure the test is reliable and valid. In addition, the test authors continuously improve the test based on new insights from its application.

Why is taking a personality test important for professional development?

The good news is that you can develop your personality (Caspi et al., 2005) and acquire the knowledge to better understand the personalities of others. We will now show you why and how.

Teamwork is the preferred mode of work to solve complex problems that require a diverse range of expertise and knowledge. Soft skills, such as having knowledge about how one’s personality impacts teamwork, are crucial for high performance teams.

As a professional, you will encounter situations where you lead a team or take over responsibility as a team member. Having the skills to understand how your and other team members personality traits impact team dynamics can make the difference between success and failure. This especially applies to team conflict management strategies where personality traits tip the scales of whether a team breaks apart of performs well (Bradley et al., 2013).

There is also plenty of evidence that personality has an impact on individual, team and organizational performance. For instance, personality trait consciousness is related to task performance. 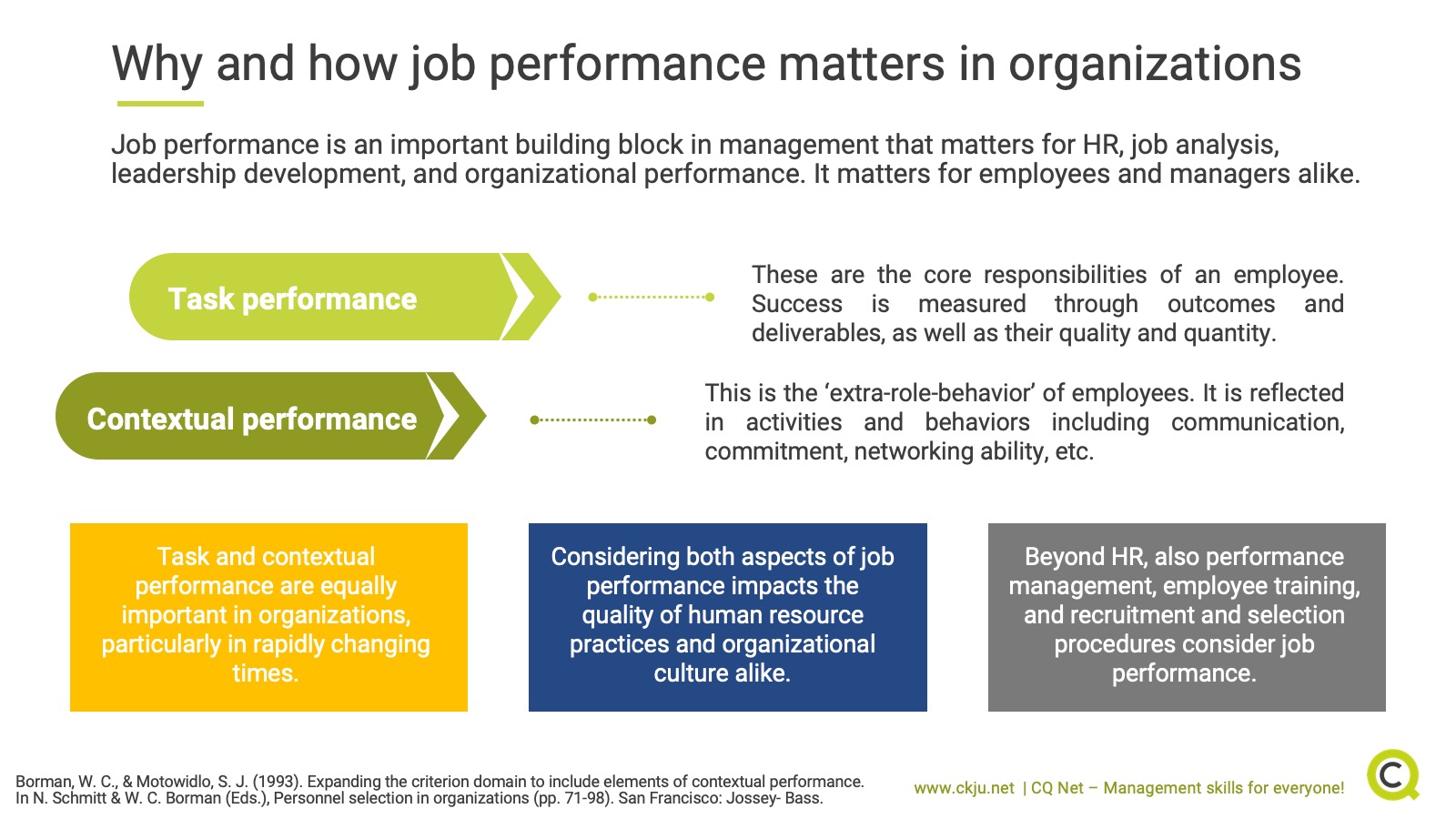 Leading and influencing others is important for all professionals independent of role, function or organization. Your personality traits impact how you interact with others, which topics you address and how you address them.

Of course, it is not only your personality traits that have an impact on whether you succeed in your efforts to influence others. The personality traits of people you are interacting with and factors like organizational culture and context play an important role too.

Personality strengths: What they are and how to identify and build on them

Many people think that there are certain personality traits that can be considered as strengths and others as weaknesses. Unfortunately, it is not as simple as that. Personality is a complex topic which requires a bit more background knowledge to differentiate between strengths and weaknesses. Why?

Personality follows a normal distribution. Assumed all people on earth take a NEO PI-R personality test you will get a mean value (expectation value) and a standard deviation for each of the Big Five personality traits. 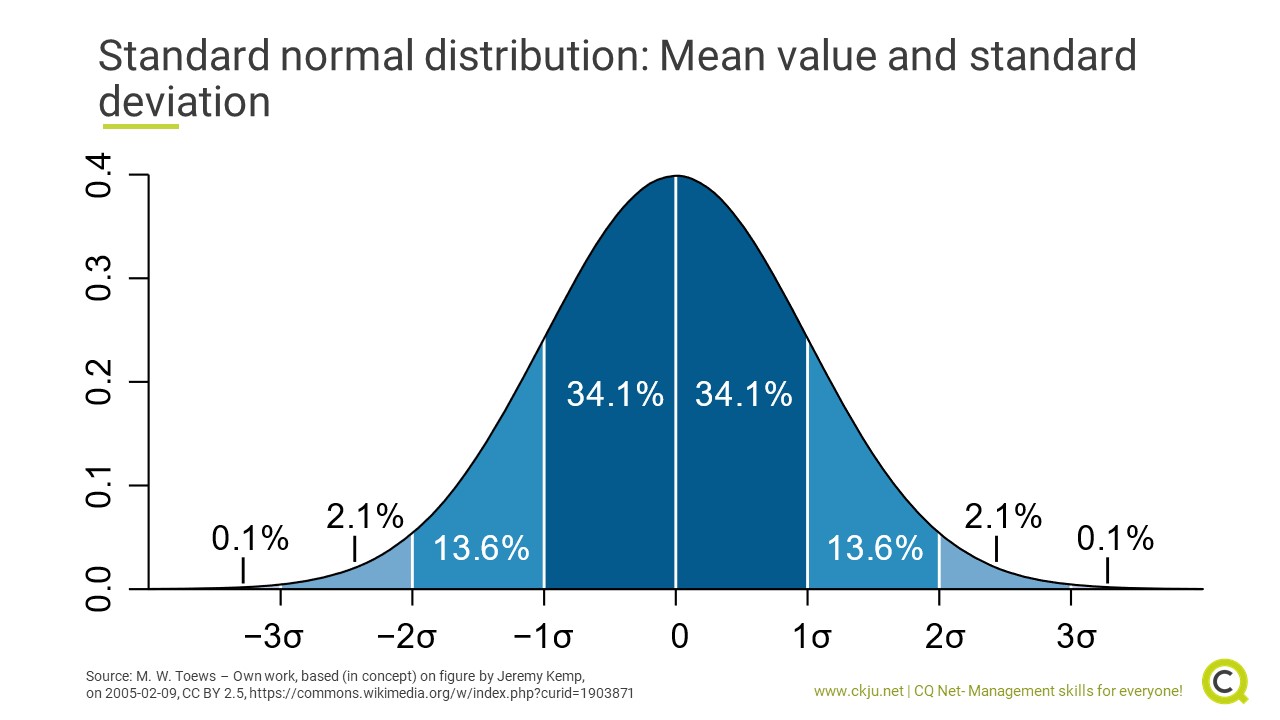 Assumed your results indicate that the world’s population measured personality follows a standard normal distribution (this is unlikely but sufficient for our case) you can drive the following statements:

Having this information available, you can compare your own measured personality traits with this norm group. What does this tell you in terms of personality strengths?

Why don’t we just conclude that extroversion is a personality strengths or weakness? Because it is simply not possible to do that without taking into consideration the specific situation and context.

For instance, it is generally accepted that the personality trait conscientiousness is moderately related to task performance. This makes sense, as people who are well-organized and follow-through when it comes to due dates are expected to perform stronger than those who do score low in consciousness. However, people who score very high in conscientiousness can be inflexible, over demanding and rigid at times.

Personality weaknesses: What they are and how to identify and mitigate them

Extreme personality traits can be a weakness

Watch out for personality traits that are extreme compared to the norm group. A personality trait far away from the average doesn’t have to be a weakness by definition. However, it is at least something you should be aware of and know the risks and chances associated with it. This especially applies to team settings where different personality traits can lead to “personality clashes” and team conflict.

Personality traits related to negative outcomes can be a weakness

As with personality strengths, there are some personality traits that are related to negative organizational outcomes under certain circumstances. For instance, a high level of neuroticism (=low level of emotional stability) has a negative impact on leadership effectiveness. This makes sense when you consider that neuroticism refers to a person’s tendency to experience negative emotions.

How to develop your personality

Everything starts with selecting the right counselor who helps you to understand your personality traits and the concept of personality on a more general level. As with personality tests, there are thousands of counselors available that will tell you that they are qualified and appropriate for the job. It is up to you to select the right one. Look out for a counselor that

One you decide who is going to guide you on your personality development journey, it is time to start to get to know your own personality traits. 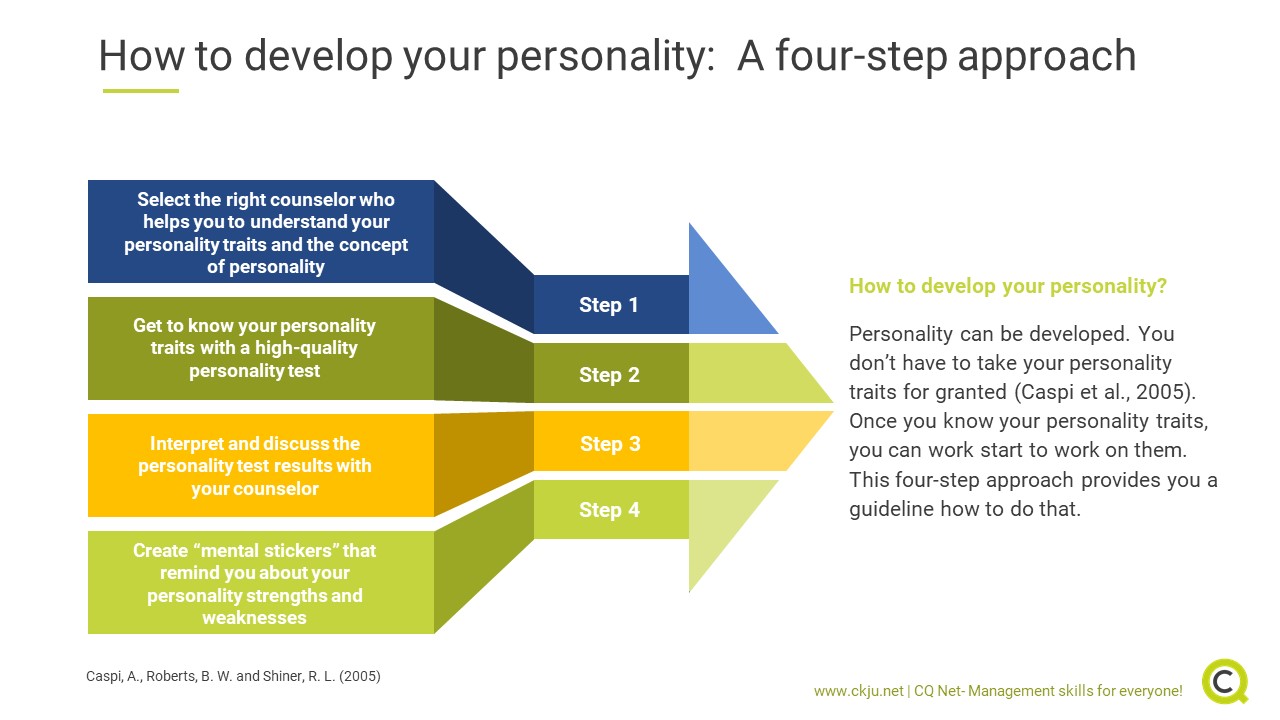 Your personality development journey starts by taking a high-quality personality test. We here at CQ Net, for example, usually use the NEO PI-R test because it meets all relevant quality criteria and assesses both broad and narrow personality traits.

Of course, there are also other tests available you could consider. One example is the HEXACO personality inventory. It is similar to the NEO PI-R but adds a sixth personality domain called honesty – humility.

Step 3: Interpret and discuss the personality test results with your counselor

Please keep in mind that the test results won’t reflect your “real personality”. There is always a measurement error involved in psychometrics. This is something your counselor must be aware of and should be able to explain to you in more detail.

Experienced counselors also know how your personality traits interact with each other in specific situations. This is even more important in team settings. Assumed you scored high in consciousness, low in agreeableness and high in emotional stability and extraversion. There are people with personality profiles (e.g. low in emotional stability and extraversion) that could easily feel overwhelmed when working together with you in one team.

This is also the chance to discuss with your counselor potential personality strengths, weakness and blind spots. Again, there is no black and white. It all depends on the specific situation, combination of personality traits and the personality profile of people working closely together with you.

Step 4: Create “mental stickers” that remind you about your personality strengths and weaknesses

The final and last step is about personality development. Now that you know your personality traits, strengths, weaknesses and blind spots ,you can start to work on them. Changing your personality will not happen overnight but takes time. One approach to do this is with “mental stickers”.

You can also use mental stickers to remind you of critical personality profiles that don’t fit will to your approach. This will help you to be empathetic and avoid conflicts that could hurt your relationships.

Personality traits play an important role in your private and professional life. Decades of research in the area of individual differences guide the way how to use high-quality personality tests for professional development. Now it is up to you to use this knowledge to your advantage!

Roberts, B. W., Kuncel, N. R., Shiner, R., Caspi, A. and Goldberg, L. R. (2007) ‘The Power of Personality: The Comparative Validity of Personality Traits, Socioeconomic Status, and Cognitive Ability for Predicting Important Life Outcomes’, Perspectives on psychological science : a journal of the Association for Psychological Science, vol. 2, no. 4, pp. 313–345. 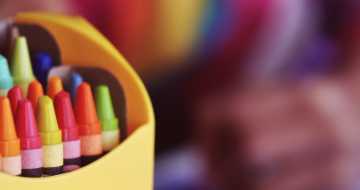 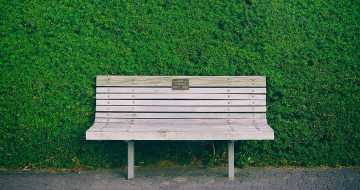 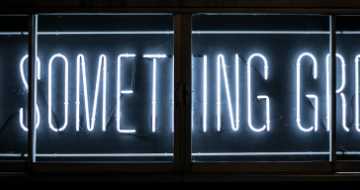