From a practitioner’s point of view, academic disciplines especially from the social sciences may at first sight not seem relevant to the daily practice of administering and leading a firm. However, the field of sociology (or the study of society, social institutions and social relationships) is extremely influential and useful for business management.

Max Weber’s theory of bureaucratic organizations constitutes what many regard as “classical management”.

It may come as a surprise, but the classical way in which management is conceived in the public discourse and in practice is actually based on a theory from one of sociology’s founding fathers. Concerned with the functioning of societies and the role of authority within them, Max Weber famously published his theories on bureaucratic organizations. He postulated that successful (governmental) organizations are characterised by rules-based system led by a merit-based leader that operates based on logical and rational decision-making to yield maximum efficiency.  Labour in such an organization is divided, experts offer valuable know-how, and a hierarchical command-chain brings structure. Many management practitioners may find this sounds familiar!

Weber’s conceptualization of the bureaucratic organization as “a model of organization design based on a legitimate and formal system of authority” (Griffin, 2012) has been the basis for many contemporary accounts of what makes a good and successful business. Similarly to how Weber has been critiqued, extended and adapted, also the nature of contemporary organizations has been altered over the decades due to external influences like globalization, and internal changes like the rise of horizontal management and decision-making models. Sociological theories nonetheless still play an important role and hold many lessons useful to management professionals nowadays. The section below will give a basic run-down of influential sociological theories and present some key take-aways for practitioners.

Structure vs. agency - are rules made by frameworks or actors within them?

One of the key debates of sociology is the interplay between structure (infrastructural and perceived frameworks) and agency (the capacity of individual actors within such structures). In this debate,  Famously, Giddens (1984) postulates in his theory of structuration that social systems, like firms, are influenced by the social practices within them. At the same time, social practices emerge and are enshrined based on the systems within which they exist. In contemporary accounts of management, Giddens has been invoked as providing the basis for new mental frameworks, like strategy as practice (see Whittington, 2015) . When firms and the organizational culture within them influence each other, it makes sense to also view strategy not as a static thing that is “done”, but as a dynamic process that grows, adapts, and permeates through every fabric of an organization. Taking such a viewpoint can shed light on new opportunities and practices, including bottom-up decision-making, flexible organizational routines, and awareness about the role of negotiations and language.

Initially a methodological model, actor network theory (ANT) is a constructivist approach that posits all relationships in the social and natural world exist in constantly shifting networks. In this framework commonly associated with Latour, Callon  and Law, no actor acts in a vacuum - rather, all relationships are interconnected . Relationships exist among humans and non-humans (structures) who each hold equal amounts of agency. In management practice, this is a familiar concept: Bass (1990) posits that successful leadership depends on careful and charismatic interaction between physical and social arrangements, including people, resources, publicity, and power (Goguen, 1999). In this vein, relationships are fostered on the one hand between employees, peers and customers, which foster relationships that create knowledge, innovation and value.

Contingency theory - not one rule fits all, good leadership matters.

Contingency theory, proposed by Fiedler in his seminal 1964 work, emphasises that successful leadership comes down to personality and context. There is hence no one organizational form that is best in all circumstances. Rather, success and efficiency depend on actions taken by leaders. Based on on this, there are three vital factors that positively influence leadership: relationships between the group (employees) and the leader, the clarity of tasks, and the authority the leader has over the group (Northouse, 2007). Building on this conceptualization, Vroom and Yetton (1973) wrote extensively about what makes good decision-making and found a framework that yields managers more effective, and teams more productive (see Paul & Ebadi, 1989). The famous Vroom-Yetton model rests on the principles of decision quality, team commitment and time constraints: the more resources are used to yield a collaborative outcome over a long period of time, the better.

Conflict theory is most commonly associated with Karl Marx and his account of the conflicting interests between classes. Conflict arises when uneven distribution of resources and power takes place. In sociology, conflict theory has been expanded to include accounts of the role of culture (Horkheimer, Adorno), elites (Mills) and ideology (Gramsci), which contribute to clashes that bring about(social) change. In management terms, conflict theory is vital to understanding grievances and to resolving disputes - somewhat counter-intuitively, conflicts should not be avoided but dealt with heads on. As Spaho (2013) points out, “It is not possible to have good human relations without communication [...] practical experience shows that there is no communication without conflicts”.  Amidst competition, unhappiness, low productivity and even job actions or strikes, conflicts can provide means to create unity, re-align responsibilities and relieve tension. Rahim (2002) posits that interventions can happen at various levels and can help enhance organizational learning and effectiveness.

Luhmann’s Systems Theory - addressing the interconnectedness of systems through culture.

One of the most complex theories on society was brought forward by Luhmann in the mid-20th century. Embedded in a breadth of theories, Luhmann’s account of systems assumes that society (in German “Gesellschaft”) is an all-encompassing system that includes within it all other social systems. All social systems (like economics, politics, love) are characterised by communication - thus, language is a powerful tool. This also applies to organizations: they are shaped by language and act as their own systems, or decision machines - they do not depend on actors within them, nor on the environment around them (Nassehi, 2005). Organizations are made up of the decisions within them, which build up and constitute the organization’s future.  For daily management this is immensely useful: Deriving from this logic, an organization’s leader does not necessarily determine organizational processes. Rather, it is the culture of an organization that determines the scope, quality and manner of decisions made (Luhmann, 2000). Also language is a powerful tool for as shaping social reality - it influences individuals but also norms, regulations, and rituals within organizations.

Much of sociological theory is already ingrained in contemporary management decision-making.

The frameworks introduced above are only the tip of the vast sociological iceberg and constitute only some of the many examples of how sociological theory is relevant to organizational management. There are several best practices that can be derived from the frameworks above, which constitute key insights that can benefit managerial practice today. Many of them you may already implement without having considered their academic roots:

Many of these aspects are reflected in contemporary management approaches including SCRUM and Agile project management, which build on decision-making insights and frameworks to make the best of volatility, uncertainty, complexity and ambiguity (VUCA). They build on the fundamental conception that the environment within which organizations operate is not static, but merits innovative, adaptive approaches to yield efficient results.

Sociology and management have long shared an academic relationship - indeed, the sociological branches of organizational and industrial sociology, for example, focus explicitly on the ability of people (teams) to act within a given framework to yield a certain outcome. Daily management practice can benefit from sociological insight in many ways - after all, the discipline has enjoyed popularity since Enlightenment and may well play a role in shining light on easy-to-implement practices for your organization.

Giddens, A. (1984). The constitution of society: Introduction of the theory of structuration, Berkeley, CA: University of California Press.

Goguen, J. (1999). Social theories of technology and science. Department of Computer Science and Engineering, University of California at San Diego.

Wanda works as a researcher at a human rights institute in Austria. She holds an MSc in Political Sociology from the London School of Economics and Political Science, and is currently finishing an MSc in Social Justice and Community Action at the University of Edinburgh. Her research interests revolve around political behaviour, civil society, and organisational sociology. Wanda describes herself as a wanderluster, curious mind and revolutionary at heart! 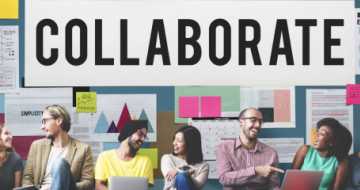 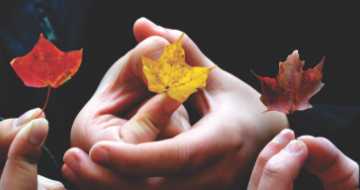 Embracing diversity productively in the workplace: What does scientific evidence tell us? 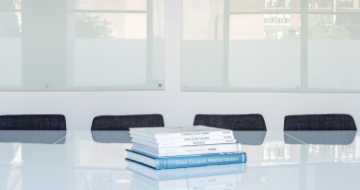