For the past few decades, psychological researchers have been aware of a phenomenon called ego depletion: the wearing down of willpower and self-control. The most common understanding of the subject holds that willpower is a finite resource, which can be used up or exhausted over the course of a single day (Baumeister et al, 1998). This has been supported by research showing that when a person is asked to exert a ton of willpower (for example, by ignoring loud noises to complete a difficult task), they make more impulsive decisions afterward.

The research on ego depletion has spread into the public consciousness and had a big impact on how the average person understands their own work ethic. Books like “The Paradox of Choice” have given lay people the impression that willpower, indeed, is a exhaustible resource (Schwarz & Ward, 2004). Research from the past decade or so suggests, however, that the story is far more complex. This blog post will review the “classic” research on ego depletion, and then discuss newer research suggesting that willpower can be boosted by believing it is unlimited.

Ego depletion is the exhaustion of human self-control or willpower. A person can be said to be ego depleted when their ability to make careful, reasoned decisions breaks down, or when they become less capable of controlling undesired behaviors (such as gambling, drinking, or expressing rage). For many decades, psychologists conducted research demonstrating the ego depletion occurs after a person has engaged in a very taxing task, such as ignoring distraction, turning down desirable offers, or persisting in a boring and tedious task (Baumeister & Vohs, 2007).

Roy Baumeister is the “father” of psychological research on ego depletion. In 1998, he and several collaborators examined ego depletion effects in experimental participants (Baumeister et al, 1998). Participants’ willpower was “depleted” by placing both chocolates and radishes in front of them, but instructing them to only eat the radishes. After participants had rejected tempting chocolates, they were less skilled in completing a difficult puzzle that required persistence. Conversely, participants who had been permitted to eat the chocolates did not experience diminished puzzle-solving ability.

The researchers concluded that the act of turning down chocolates required willpower, and that using willpower repeatedly caused a person to run out of energy for future demanding activities (Baumeister et al, 1998). Baumeister and colleagues went on to find “ego depletion” effects in a variety of settings, including professional ones. Meanwhile, psychologist Barry Schwarz was conducting research of his own, suggesting that when a person is required to make a variety of difficult, complicated decisions, their ability to reason and use willpower depletes over time. Eventually, their decisions become impulsive, or unsatisfying. He called this the “paradox of choice”.

Classic ego depletion research has many useful implications for managers and supervisors. This research suggests that demanding a great deal of self-control from employees can backfire in spectacular ways. For example, an employee who is expected to self-manage and work without distraction for a prolonged period may “break down” and become less reliable, focused, and hard-working as a result (Moller et al, 2006).

Ego depletion can lead to dishonesty, impulsive behavior, and risk-taking

The literature on the subject also suggests that employees who are placing other restrictions on themselves (such as a diet) may be depleting their ability to engage in self-control in other avenues of their life (Baumeister & Vohs, 2007). A variety of kinds of damaging, impulsive actions can result from ego depletion, including dishonest behavior, impulse purchases, and risk-taking behavior (such as gambling and drinking).

This literature would imply that if a manager wants to have focused, self-controlled employees, they must make sure to avoid excessive or unnecessary demands and distractions. Perfectionism, for example, may cause ego to deplete more rapidly; a loud or distracting environment might deplete ego as well.

Job et al (2010) examined this idea by first measuring participants’ beliefs in willpower. Based on a survey on the subject, Job and colleagues grouped participants into two categories: those who believed willpower was limited and depletes over time, and those who believed willpower is unlimited. Participants were then given a complicated, demanding writing task to engage in – this task was designed to potentially “deplete” ego. Following the tiring writing task, participants were asked to complete a color-and-word puzzle that requires willpower to complete successfully.

The stronger the belief in unlimited willpower, the more levels of self-control and willpower are displayed

Job et al. found that the tiring writing task was associated with diminished performance on the color-and-word puzzle – but only for those participants who believed willpower was limited. Participants who believed willpower to be unlimited were not exhausted or depleted by the writing task, and continued to perform well on the puzzle afterward. This research was reproduced and extended by Konze et al (2017), among others. Many psychologists now believe, as a result, that individuals can show extreme levels of self-control and willpower, so long as they believe their willpower to be a limitless resource.

Willpower and ego depletion can be assessed, discussed, and trained

It bears mentioning, at this juncture that willpower is not truly unlimited – human beings require sleep, relaxation, and breaks, to prevent burnout (Evans et al, 2016). However, research by Job et al (2010) and Konze et al (2017) suggests that it is beneficial, nonetheless, for individuals to believe that their willpower is limitless. Keep in mind this important distinction – your goal, as a manager, should not be to make endless demands of your employees, so much as to empower them to believe they have limitless self-control.

Armed with this understanding of the literature, managers can assess employees’ beliefs in willpower and ego depletion (see Job et al, 2010 for a survey measure of this). Based on how your employees discuss their own work ethic and decision-making, you can develop a sense of whether they believe willpower is a exhaustible resource or an unlimited one. Generally, it will be advantageous for you to seek out employees who see themselves as endlessly full of willpower.

In addition, you can encourage all employees, regardless of belief, to come to view willpower as a muscle that can be strengthened (Vohs et al, 2012). Development of this “muscle” requires both exercise, in the form of new challenges, and rest. Growing a new skill requires both moments of tolerable discomfort and moments of recovery, just as is the case with building new muscle tissue. When employees are stressed or are lacking in faith in their own willpower, be encouraging and motivating, and demonstrate that you have faith in their ability to succeed. 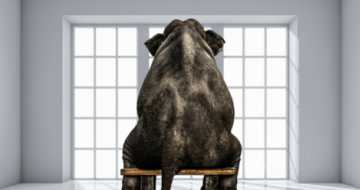 Like a bull in a china shop: How to avoid unintended consequences in bold decision-making 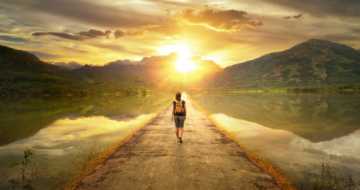 Are goals a curse or a blessing? Six side effects that you should know about 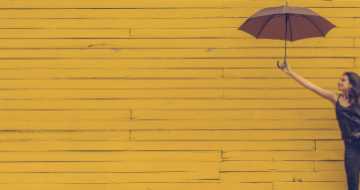