A while ago, I was talking to a friend who had a background in physics and told him I’d just received an MSc (Master of Science) in Psychology. He smirked slightly and I asked what he was smiling about? “Well, it’s not really a science though, is it,” he replied.

The brief exchange that followed was all a bit tongue-in-cheek, but mainly involved him poking fun at the ‘soft’ social sciences. After all, ‘proper’ sciences were the natural sciences: physics, chemistry, biology – and their off-shoots in engineering, right? They were all sciences involving men and women in white lab-coats, conducting experiments, and getting conclusive, irrefutable results. Often, these scientific breakthroughs allowed the development of ground-breaking engineering feats, industrial marvels. From huge steam-driven machines, to micro circuitry – driving magical contraptions that changed our lives from MRI scanners, smart phones, or the more humble washing machine. But what about social sciences?

A quick, and of course scientifically robust (wink!) check online, led me to a list of Wikipedia’s ‘Timeline of scientific discoveries’ (Wikipedia, 2018c). This list of major breakthroughs spans the last 2500 years but had a noticeable absence: no social science. Why are social sciences missing from lists like this?

What is social science and what is its worth?

I decided to go back to basics. Definition. What are Social Sciences? Wikipedia again shed light on a potential problem (Wikipedia, 2018b). Social sciences include history, linguistics, management, economics, and more. This might explain part of the problem. Everyone knows what the ‘hard’ sciences look like and what they do, but social sciences span a wider range of topics which don’t always look or ‘feel’ very scientific.

So, in that case, what is ‘science’? I turned again to my old friend Wikipedia (last time, I promise!).
“Science… is a systematic enterprise that builds and organizes knowledge in the form of testable explanations and predictions about the universe” (Wikipedia, 2018a)

The universe. I thought this was an interesting point. Natural sciences such as physics and chemistry work with relatively stable environments on which they conduct their studies. If a physicist runs an experiment, they can control for confounding elements and run an experiment several times, possibly hundreds of times and get the same result. The universe has laws, which don’t change so much. That’s where social sciences encounter a problem. If social sciences are those sciences dealing with humans in some way, those expectations of replicability go out the window. In a room of ten individuals, you’re potentially dealing with ten different universes with different ‘laws’ governing how each might react to a stimulus. Oh, and those rules might change a little tomorrow due to some other environmental change as simple as the weather (Connolly, 2013), or if that person’s football team won or not (Knoll, Schramm, & Schallhorn, 2014). When was the last time a physicist reported having problems with his experiment because their particle accelerator was having a bad day?

Just because social science is 'soft' doesn't mean its not hard to do.

That’s the problem with some of the more familiar social sciences such as psychology. It is intrinsically difficult to run studies involving people, and problematic trying to measure outcomes, or cause and effect. However, this doesn’t mean it’s impossible and it doesn’t mean it isn’t science. It just means that ‘soft’ science is very ‘hard’ to do well. It means that social science needs to be vigilant and hold itself up to a high standard to be taken seriously and it should avoid making exaggerated claims. Some of the best-known names in management practice have written best-selling books on that back of anecdotal accounts of their methods being wildly successful, with little research to back up those claims. This is why we think our evidence-based management approach is so important.

I’ve had people ask me, “Is this something that involves psychology?” And I always say, “Are there people involved?” People are everywhere. We are all surrounded by people, pretty much all the time. Often this is physically: many of us work in busy workplaces and may have equally busy home and social lives. Even those of us who spend a lot of time working remotely, or from home, will often have to work with colleagues and clients via email and telephone. With the advent of increased access to online shopping, it is becoming increasingly possible to become a technology hermit, but for most of us our routine grocery shopping still involves a trip out to a physical store, filled with real people.

Social science can teach us valuable lessons about the workplace and how to better an organization inside and out.

Think about your current situation at work, or a past workplace. Would you say that you enjoyed working there? Whatever your response, what is it that makes a job great, unbearable or just mediocre? The THOR network of specialist physicians report that around a quarter of all cases of mental ill-health in work are precipitated by problems in interpersonal relationships (Health and Safety Executive, 2017).

Change in the workplace is another classic cause of stress. Over the past couple of years, the profile of artificial intelligence has been raised in the public consciousness and there have been various reports from respected sources, as well as sensationalised accounts in some media outlets. If these accounts are to be believed, we are facing massive changes in the roles available for us mere humans (PwC, 2017). How will we adapt to an unprecedented shift to almost total automation? Various scenarios have been suggested, with some warning of a dark age of mass unemployment, while others suggest that new employment opportunities will become available. Some even suggest that the result of AI taking over the drudgery of work could be a golden age of culture, with the populace having the free time to instead embrace artistic pursuits.

Hopefully, we humans will still be around to either carry on or coexist with our robotic colleagues.

Whatever happens in the future, we can be sure of one thing – things will change, and people will be affected in one way or another. In workplaces or in our lives more generally, things move on for better or worse. This is where strong science and evidence-based approaches are crucial. Change can be a very stressful experience, especially large-scale changes where employees feel out of control and out of the loop, but with the right approaches and careful implementation, positive outcomes are more likely.

So why is social science so undervalued? Maybe it’s because we are so enveloped by our social lives and activities, that we diminish their importance. We’re missing the wood for all the trees. Now is a great time to start appreciating the varieties of life and behaviour which surround us, but also have so much impact on our happiness, productivity and quality of life. After all, aren’t those valuable to us? 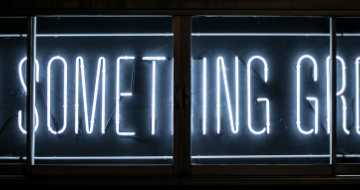 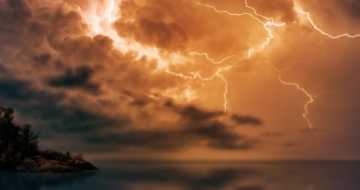