This CQ Dossier describes the key components of implicit leadership theory. The dossier draws on research by Robert Lord and his colleagues to show how the assumptions that followers hold regarding what constitutes an effective leader can influence performance ratings. The dossier also provides suggestions on employee training initiatives that can attenuate biases and assumptions concerning effective leadership.

Leadership effectiveness is in the eye of the beholder

There are many definitions of leadership yet they all contain the same theme–leaders need followers for their mission to be successful. In fact, Hollander provides a definition of leadership that captures this sentiment, “leadership is a process of influence between a leader and those who are followers” (Hollander, 1978). It is also true that leadership is in the eye of the beholder.

Psychological science has taught us that individuals form impressions of others before they have met them. Even more importantly, individuals tend to generate and hold schemas concerning what constitutes an effective leader. Lord and his colleagues define implicit leadership theory as “Cognitive structures or prototypes specifying the traits and abilities that characterize leaders.” (Lord, Foti & DeVader, 1984).

Implicit schemas about effective leadership are unconscious and can be biased

However, research from human decision-making demonstrates that these judgements are sometimes fallacious (Tversky & Kahneman, 1974). Individuals who do not possess the characteristics that we associate with leadership might be overlooked for promotion or development into leadership positions. The research conducted by Lord and his colleagues demonstrate that the implicit theories of leadership that individuals possess are often associated with the notion of success.

In one study, participants watched a videotape of group members interacting with their leader (Foti & Lord, 1987). The results of the study indicated that people had a faster response time and were more confident when they were judging behaviors that were part of the implicit leadership theory (ILT) compared to behaviors that were part of their ILT and were not performed by the leader.

Lynn Offerman and her colleagues found this to be true in a study that examined follower perceptions of men and women leaders (Offerman et al., 1994). They found that masculinity was a stable implicit leadership theory across participants, sex, and stimuli. Essentially, when followers consider an effective leader it is typically in masculine terms.

This bias can result in women receiving poorer evaluations than men despite the finding that a collaborative approach, which is typically adopted by female managers, is more effective for leadership. Men tend to be more autocratic and task-oriented in their leadership style whereas women tend to be more relationship-oriented. Individuals also tend to filter information based on the ILT that they hold.

When individuals observe a team and are given information concerning the performance of that group, they tend to remember more leadership behavior if they are told that the team was successful. Followers filter information based on the implicit leadership theory that they hold.

Research indicates that leaders' appraisals are impacted by implicit schemas

This area of research has implications for human resource practices because these prototypes can affect the ratings that managers receive based on the ILTs held by subordinates. As research has shown these prototypes are not without bias. Employee ratings are frequently linked to promotions decisions yet when subordinates evaluate their manager, there is typically variability of scores between raters even when they are observing the same manager (Junker & van Dick, 2014).

One way in which to circumvent biases in ratings is through employee training and development initiatives (Junker & van Dick, 2014). Frame of reference training has been found to be effective in performance appraisal research in reducing biases and assumptions about employees (Uggerslev & Sulsky, 2008).

A novel instructional technique involves an Implicit Leadership Theory drawing exercise that is part of team training. Team members are asked to think about their image of a leader, discuss this image in the team, and then to draw the image. Following the exercise results are shared with the team and the results are discussed. This technique challenges team member assumptions concerning what an effective leader does and how biases can distort accurate assessment of leaders (Schyns et al., 2011).

Another instructional method that shows potential is to present examples of outstanding female leaders or older employees. When individuals witness female exemplars this tends to strengthen the linkage between femininity and leadership (Junker & van Dick, 2014).

This CQ Dossier provides an overview of implicit leadership theory (ILT). The research on ILT shows that followers filter information concerning leader behavior based on their implicit leadership theory. Because ILT is an implicit theory, these assumptions about effective leadership are unconscious and can lead to biases regarding leader behavior. In particular, ILT suggests that followers can hold gender bias regarding effective leadership and can overlook the behaviors of effective female leaders. The research suggests that these biases can affect performance ratings. The dossier also recommends several training initiatives such as the Implicit Leadership Drawing Exercise, which challenges assumptions concerning effective leadership.

Schyns, B., Kiefer, T. Kerschreiter, R., & Tymon, A. (2011). Teaching implicit leadership theories to develop leaders and leadership: How and why it can make a difference. Academy of Management Learning & Education, 10, 397-408. 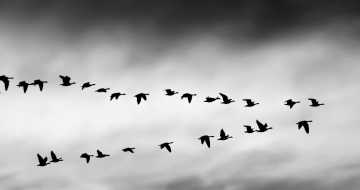 Leadership as a relationship: Why "we" matters more than I" 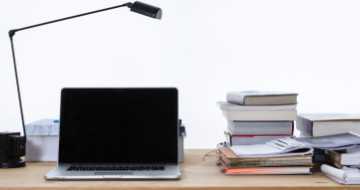 Leading virtual teams: How to lead in the 21st century knowledge economy 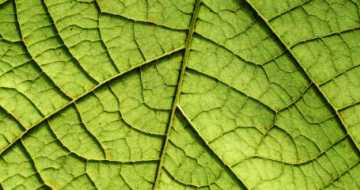