Complexity leadership theory (CLT) focuses on emergent processes within complex systems and suggests that leadership needs to operate at all levels in a process-oriented, contextual, and interactive fashion (Marion & Uhl-Bien, 2001). Complexity theory has been applied in organizational settings to comprehend how effective organizations gain a competitive advantage through leadership strategy and direction (Marion & Uhl-Bien, 2001). Complexity theory rejects linear causality and takes under consideration the whole system instead of just a part of it (Davis & Sumara, 2014).

Complexity leadership theory recognizes the dynamic interactions that take place within organizations as they change, create innovation, and evolve with a focus on complex relationships and network interaction rather than controlling, standardizing, and autocracy (Uhl-Bien & Marion, 2009).

The interactions within a complex environment that is undergoing organizational change can be tense because individuals respond to both external and internal pressures as individuals struggle with interdependency and conflicting restraints (Lichenstein et al., 2006).

For example, a study by Hanson and Ford (2010) that used dynamic network analysis (DNA), a quantitative complexity analysis tool, demonstrated that the core leaders in a hospital laboratory setting were not the formal director or administrators, but rather the workers on the front line – the customer service representatives. The study showed through social network analysis methods that the customer service core played an important role in conducting information flow to all others in the lab and had heavy influence among other lab sections.

Moreover, in complexity leadership, any agent involved in collective action can manifest the influence dynamics which enable innovation. These dynamics are orchestrations of interaction, interdependence, tension and resonance among heterogeneous agents (Lichtenstein et al., 2006). Lichenstein and Plowman (2009) provide other examples of complexity leadership theory as a model of practice. Here are two examples:

These examples demonstrate how complexity leadership behaviours can result in outcomes from a synergy of social interactions within a complex environment.

Although leadership effects can never be certain because they are always affected by changes and constraints in the social environment (Uhl-Bien & Marion, 2009), it is important that senior executives enable rather than dictate the processes that enable organizational change. Overall, complexity leadership is effective and directed more towards organizations that are open to emergent or innovative outcomes. In addition, complexity leadership is appropriate for higher levels in the hierarchy including those that are responsible for innovation in the organization (Marion & Uhl-Bien, 2001).

A series of research studies conducted from 2007 to 2015 across 30 complex organizations found evidence that these pressures within a system create innovation and adaptation, which are important when organizations are going through change (Arena & Uhl-Bien, 2016). There is additional empirical research to support the scientific foundations of complexity leadership.

Strengths and weaknesses of the complexity leadership theory

One of the major strengths of complexity leadership is that it helps enable understanding of how organizations respond to organizational change. It is also a holistic theory in that it focuses on the entire system rather than focusing on separate parts of the organization. Consequently, it is a much broader theory.

The main weakness in complexity leadership theory is the paucity of empirical research on the dimensions underlying the model. Most of the evidence for the effectiveness of the model is illustrated in computation modelling and case studies. More rigorous methodological approaches are needed to determine the full effectiveness of complexity leadership theory.

In conclusion, complexity leadership theory provides a useful framework and model in understanding how successful organizations manage change within a turbulent environment. The model emphasizes the importance of social interactions within organizations yet also illustrates the key role of the leader in enabling change.

Based on the empirical evidence for the body of evidence for complexity leadership theory, this CQ Dossier is assigned a Level 3 rating, (Based on a 1- 5 measurement scale). A level 3 is the third highest rating for a dossier and the evidence provided on the efficacy of a construct – in this case complexity leadership theory. The theoretical framework is useful for organizations operating in a turbulent environment and so far the research has supported the central tenets of the model. However, the lower rating for this construct is due to the reliance on computational modelling and case studies to support the theory. More empirical quantitative research is needed to support the validity of CLT. 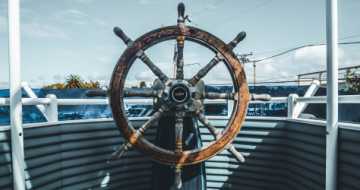 Transformational Leadership – What works and what doesn’t work? 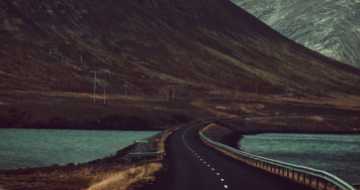 Does leadership really make a difference? The benefits of leadership in a nutshell 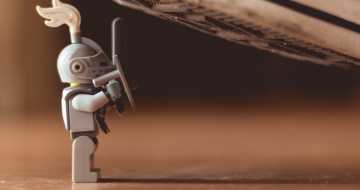