Why should you care about job satisfaction?

Job satisfaction is one of the most widely used concepts in management and organizational behaviour. Persons in leadership or managerial positions have been employing the construct to decide their human resource policies and judge their success. It is a valuable barometer to measure the organizational culture and to point out areas that need improvement. While motivation as a construct is more individual and may incorporate elements that are not in the control of the managers, job satisfaction is associated with the work and its environment, offering more leverage for decision making.

How can we measure job satisfaction?

The concept of job satisfaction consists of extrinsic and intrinsic factors

Consider for example, Marks and Spencer’s annual employee engagement survey which revealed that 81% of its employees feel proud to work with the company (Marks and Spencer, 2018, p. 17). This figure in itself is quite impressive, however, it leaves several questions unanswered like why is there a fall of 1% from the last year’s figure, what factors are causing the remaining 19% employees to not feel engaged, and what is the company doing right to make the rest of its employees committed?

How to best measure job satisfaction depends on context

How does job satisfaction differ for demographics?

Wilkin (2013) reported that contingent workers have lower job satisfaction than permanent workers. This difference shows that organizations that employ many contingent workers (i.e. freelancers, independent contractors, temporary workers) would benefit by paying more attention to extending good HR practices to this particular group, as the group differs from regular employees.

The more room for growth on the job, the higher the satisfaction rate

Loher et al. (1985) explored the relation between job satisfaction and job characteristics and found that the strength of growth needs acts as a moderator between them. This result implies that people who have high levels of growth need, so who have the urge to be able to grow on the job, have a higher degree of correlation between their job satisfaction and job characteristics. In other words, the more room for growth the job itself exhibits, the higher the employees' job satisfaction will be.

One aspect of job satisfaction that has remained relatively unexplored is its effect on different generations of workers. Generation Y (i.e. people born in the1980s and 1990s) has been working in the industry for several years now. It is now the turn of Generation Z, people born from mid-90s to early 2000s, to enter the workforce.

This generation Z are digital natives, use the internet for their primary source of communication, are considered to be impatient, agile, and more comfortable with virtual teams than real human interaction (Adecco, 2015). A study about what motivates this generation reported that the work itself, relationships with colleagues, and achievement of self-goals were the most important aspects of motivation for this generation. On the other hand, factors of work-life balance, work load, and job security no longer seemed relevant.

Generation Y or the millennials, as they are popularly called, are believed to be highly educated, ethical, like working in teams, but suffer from higher levels of anxiety and neuroticism (Twenge, Campbell and Freeman, 2012; Stewart et al., 2017). SHRM reported this generation to have lower levels of job satisfaction than the generation X and the baby boomers (SHRM, 2016). Their satisfaction, when present, was attributed most to equal treatment at work, compensation, benefits, and job security.

This evidence suggests that leaders may have to change their approach when dealing with employees of different generations.

Job satisfaction is linked to several benefits. In the following section, we will introduce some of them.

Job satisfaction has largely been associated with lowering of absenteeism and employee turnover but its relationship with productivity was more complex. Productivity will increase if the employees are satisfied with their jobs and the work environment, but mere satisfaction with the work environment will not translate into a better performance. Iaffaldano and Muchinsky (1985) had reiterated that the relation between job satisfaction and performance remained low, as was earlier estimated by Vroom (1964).

How can we shape job satisfaction?

Job satisfaction, depending on how it is measured, requires a complex set of interventions. There is no one solution that can cover all aspects of organizational dynamic linked to job satisfaction. Therefore, shaping job satisfaction is best viewed as a holistic endeavor starting with its measurement.

Artificial Intelligence or AI which is the hottest trend in management today has implications for job satisfaction. As HR practitioners apply more robotics, machine learning, and AI to routine tasks like reward management, recruitment, and even learning and development, SHRM estimates that the freeing up of time from these routine procedures will drive job satisfaction higher (Zielinski, 2018).

It is believed that HR professionals will now be in a position to focus on high-value aspects of their jobs which will make them feel more satisfied with their work itself, thus improving their satisfaction.

Microsoft has used AI to improve its employee job satisfaction.

In 2018, an employee survey showed Microsoft that its employees were widely dissatisfied (Romeo, 2019). The company employed AI to read through employee calendars, analysed the time spent in meetings, and also looked through transfer requests by employees. The latter were believed to show a lower level of engagement which was prompting employees to seek an internal change.

The results of this analysis revealed that employees were spending unnecessary long hours in meetings which could be utilised for more productive work. Microsoft initiated policies to encourage employees to shift away from long-drawn meetings, email exchanges, and made transfer requests easier to implement believing that if employees failed to get them , they may actively look for opportunities outside.

All these measures helped the company improve the employees job satisfaction. It should be heeded that as AI can be used for analysing employee emails, online conversations, and even their computer and physical movements (called employee exhaust) to assess their performance, risks for misuse of data is high (Belton, 2019).

Though most firms claim they use this data to ensure employees satisfaction, prevention from bullying and harassment, and improve their management policies, it is evident that misuse of technology can easily graduate to oppression.

Based on the empirical evidence for the importance of situational awareness, this Dossier is assigned a Level 4 rating (based on a 1- 5 measurement scale). A level 4 is the second highest rating score for a Dossier. Job satisfaction is easily one of the most researched topics with metanalytic studies using robust research designs in a wide variety of contexts. However, the nature of the construct does not lend itself well to experimental designs, which is why a solidity rating of 4 is appropriate for the topic.

Job satisfaction remains a critical construct for management practitioners to assess the organizational culture, policies, and to identify areas that need attention. Different demographics show varying propensity towards the construct with generational differences also arising in the factors that appeal to employees.

Recent evidence has shown that not only does job satisfaction directly affects employee performance, it is also an invaluable moderator for leadership and commitment. Artificial intelligence is making it possible to evaluate job satisfaction at a more consistent and regular fashion which will make it easier to apply it in an organization.

Al-dalahmeh, M., Khalaf, R. and Obeidat, B. (2018) ‘The effect of employee engagement on organizational performance via the mediating role of job satisfaction: The case of IT employees in Jordanian banking sector’, Modern Applied Science, 12(6), pp. 17–43.

Marks and Spencer (2018) Annual Report on Social and Environmental performance. Available at: https://corporate.marksandspencer.com/documents/msar-2019/full-annual-re.... 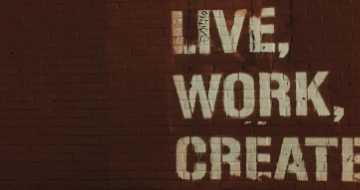 More than Okay: What Employee Wellbeing Is, and Why It Matters 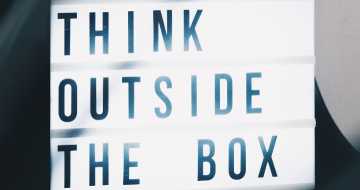 Employees in charge: Why autonomy and job crafting boost motivation