Wilson and colleagues have identified several behavioral markers through which HRTs promote safety (Wilson, Burke, Priest & Salas, 2005). These markers reflect the values of the HRO in which the teams are located. HROs have certain values for safety that are also held by HRTs. These values are: sensitivity to operations, commitment to resilience; deference to expertise; reluctance to simplify, and preoccupation with failure (Wilson et al., 2005). At the team level, there are certain behavioral indices that reflect each of these five values.

Sensitivity to operations. To demonstrate sensitivity to operations, HRTs must use closed loop communication to promote shared awareness regarding safety factors that are important within each team and within the organization. This involves HRTs having a holistic view of safety within a complex organizational environment. A closed loop communication involves the team’s ability to exchange clear information and to acknowledge receipt and understanding of the information. For example, in a hospital if a patient is transferred from the emergency room to surgery, it is important that all vital information about the patient is relayed and received accurately (Wilson et al., 2005). A sensitivity to operations also includes HRTs having shared awareness of the importance of improving workplace safety. This can involve alerting other team members of latent errors and using strategies that enhance decision-making regarding safety (Wilson et al, 2005). One example is of a group of surgeons who share situation awareness and can perceive future issues before they escalate into a more critical situation.

Commitment to resilience. One of the reasons that HRTs are effective is that they demonstrate a commitment to resilience through mitigating the consequences of human error. The consequences of human error in HROs is damaging and HRTs engage in several activities to avoid negative outcomes including team members asking for help when overloaded, monitoring each other’s performance, and assisting other team members who need help. These outcomes are obtained through effective teamwork behaviors such as back-up behavior and development of shared mental models. An example of this is within a hospital where doctors and nurses work together to ensure the safety and health of their patients (Wilson et al., 2005).

Deference to expertise. Rather than using status or member rank, HRT members use expertise as a source of power to determine value to the group. This means that they recognize the value of knowledge, regardless of the position of the team member within the organization. HRTs recognize that the knowledge or actions of one team member are important to consider in decision-making regarding safety. Consequently, there is the acknowledgment that senior members do not always hold the solutions to problems and that junior team members might hold more novel or innovative knowledge that is relevant to problems. This deference to expertise is egalitarian in that it allows all team members to be included in decision-making, regardless of position.

Reluctance to simplify. HRTs recognize the complexities in the work environment and develop plans that promote flexibility. Although this leads to simplification, HRT members recognize that it is important to retain complexity in decision-making so that intricacies such as safety protocols are not ignored. This reluctance to simplify manifests in careful planning before procedures such as in aviation conducting a preflight briefing before departing on a flight. HRTs also process information to ensure that it is consistent with expectations so that valid action is taken. This ensures that HRTs remain flexible and adaptable in all situations to ensure safety.

Preoccupation with failure. A quality of HRTs is that they learn from their mistakes and use techniques such as team self-correction. Many accidents occur through errors so members of HRTs monitor their own and other’s behaviors during an event to discuss their performance. They provide and seek constructive feedback to reflect on what was done correctly. HRTs also demonstrate a preoccupation with failure by encouraging team members to report incidents that did not result in a reportable accident. This takes the form of voluntary, non-punitive reporting systems.

HRTs are stronger than the individual

Decades of team-based research has demonstrated that teams are more effective than the sum of individual effort (Salas, Reyes & McDaniel, 2018). HROs recognized that teams can take on more involved work than individuals and can combine their abilities to provide backup behavior. This characteristic of HRTs ensures that team members can monitor each other to reduce errors and increase safety in the work environment.

In conclusion, this CQ Dossier describes the characteristics of High Reliability Teams in relation to safety. These characteristics provide insights on how high reliability organizations utilize teams to gain effectiveness in production and safety. HRTs are fundamental to attaining a safety climate that is optimal for organizations. 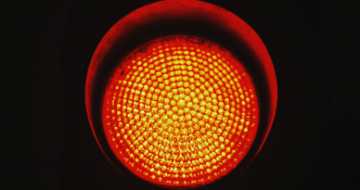 Human error is more than meets the eye: How to prevent workplace accidents with a systems approach 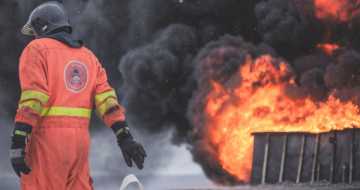 How to improve workplace safety. The science behind zero accidents and a safe working environment 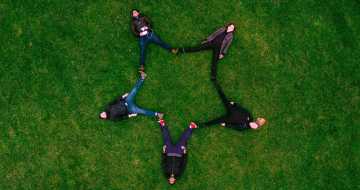 How to create a safety climate through High Reliability Teams